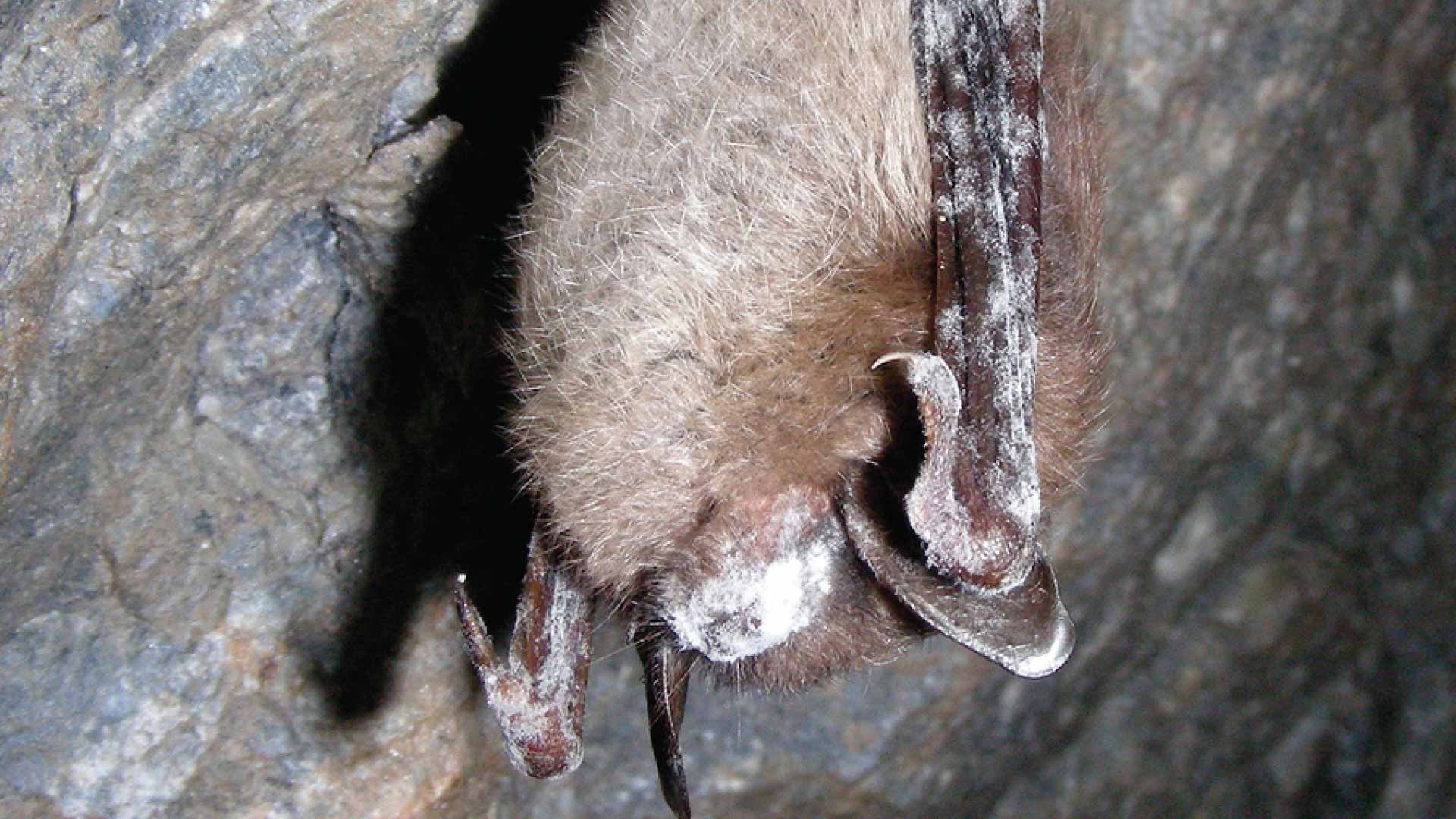 What is White-Nose Syndrome?

White-Nose Syndrome is a disease, presumably caused by the fungus Pseudogymnoascus destructans, that is causing mass mortalities in hibernating bats across an ever-expanding region of North America. White-Nose Syndrome has continued to spread rapidly. Bats with WNS have been confirmed in 33 states and 7 Canadian provinces. It has since been confirmed in 3 more additional states in the US.

White-Nose Syndrome is known to predominantly affect hibernating bats. More than half of the 47 bat species living in the United States and Canada rely on hibernation for winter survival. Seven bat species, including two endangered species and one threatened species, have been confirmed with White-Nose Syndrome. The causative fungus, Psedogymnoascus destructans (P.d.), has been found on an additional five bat species, including one endangered species, without confirmation of the disease.

Bat species in which Psedogymnoascus destructans has been detected, but no sign of WNS:

Just how bad is it?

Bats are dying in extremely high numbers. There has been a 93% decline in the Little Brown Bat population – (99% of little brown bats in Virginia). Over 5.7 million bats have been estimated to have died as a result of this disease, which continues to spread.

The most reliable predictor of mortality rates in WNS sites appears to be humidity. Indiana bats are dying rapidly in humid sites and are not dying as quickly in dry ones. The prevalence of WNS varies between species and sites. It is spreading quickly in all directions. Mortality is associated with the fungus Pseudogymnoascus destructans. The fungus attacks the exposed skin of bats while they hibernate, resulting in dehydration, unrest, and increased activity. These affected bats quickly burn through stored energy and often die in caves and mines where they hibernate.

White-Nose Syndrome is extremely bad for bats. Please visit: https://www.whitenosesyndrome.org/static-page/how-you-can-help to learn out how you can help out bats. Save the Bats!!

For additional information and statistics go to the NWCOA Bat Management Professional Course and the website: https://www.whitenosesyndrome.org/ .